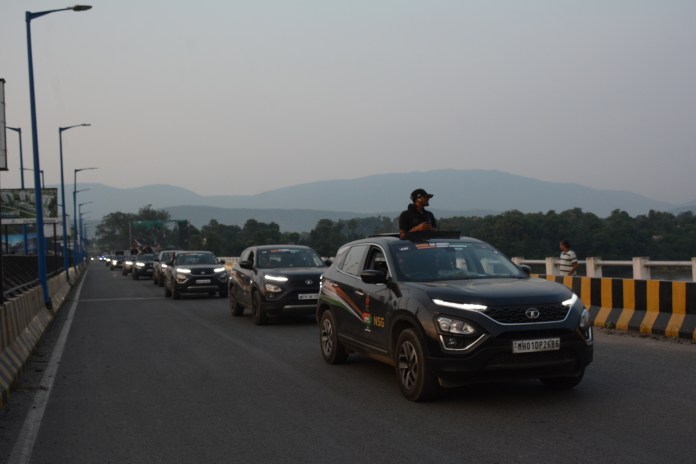 The commando rally was escorted by the Kapali police.

As soon as the rally entered the city, Jamshedpur Police, under the leadership of City SP Subhash Chandra Jat, guided the car rally by constructing a green corridor from Domuhani Bridge to Armory Ground in Bistupur.

In front of the convoy was an army medical van, followed by a PCR vehicle of Kapali police station, a team of 47 commandos in 15 Tata Black Harrier vehicles carrying the tricolor of India and the NSG logo during a car rally in Jamshedpur.

The PCR van of Seraikela Police and Army van was also present behind the convoy.

After entering the city, the rally passed through Sonari Sai Mandir, TMH roundabout, and ended at Armory Ground, where all the jawans were tested for COVID-19.

Significantly, during the 7,500 km long journey, the NSG’s car rally will pass through important and historical sites associated with the country’s freedom movement and freedom fighters in 18 cities in 12 states.

The rally will culminate on October 30, 2021, at the Police Memorial in New Delhi.