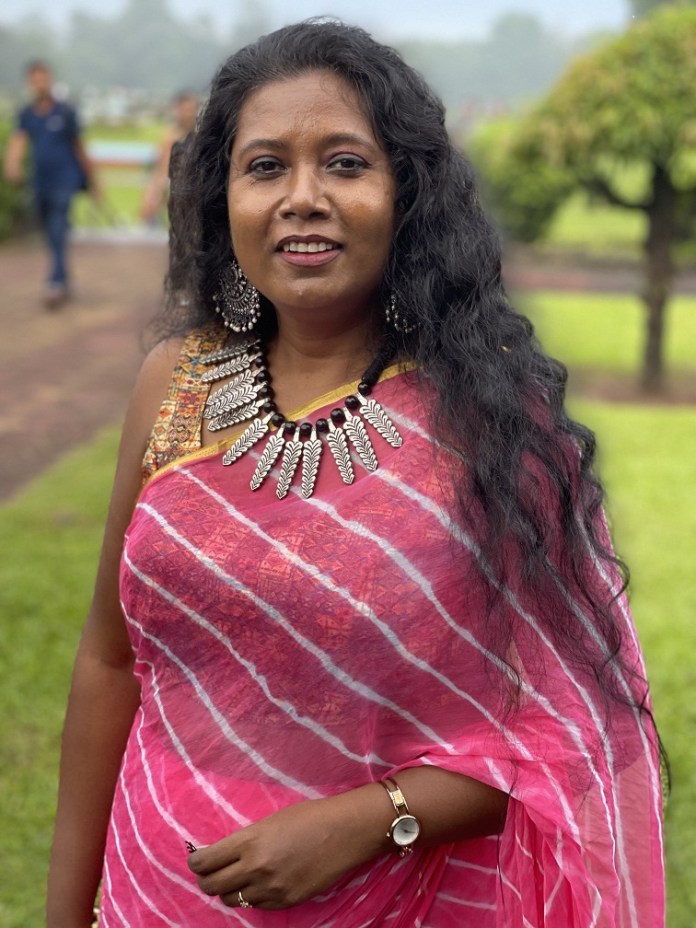 Jamshedpur 6th Oct 2021: Sashi Sangeeta Bara, a government employee posted as an LMO in Jamshedpur, has been giving wings to the dreams of many women who feel that their ‘show time’ is over, and instead, they turn their attention to the needs of the family and child-rearing. But dreams die hard and remain among the memories that could have been a reality.

But not so with mother Sashi Sangeeta Bara, the 52-year-old mum, who decided to fan the flames of dreams and turn them into reality at the Haut Monde Mrs. India Worldwide – 2020, which begins in Dubai from October 19.

Born and raised in Ranchi, the 52-year-old Sashi is the only contestant from Jharkhand to be selected from 25,000 candidates and will be the oldest in the finals to set the Dubai ramp on fire.

Sashi Sangeeta Bara will showcase the dance form that gives Chhau dance, the traditional identity to Jharkhand, and the entire Chota Nagpur belt, on this prestigious international stage.

Sashi, who hails from Jamshedpur, had a word of enthusiasm for women of her age, who thought they were on top of the hill and many cherished dreams called ‘finito’.

Sashi’s enthusiasm was infectious when she said, “Women aged over 40 years believe that there is nothing else to do in life except tend to the family but believe me, age is just a number, and willingness is the trigger to motivate and achieve the goals. Many women in their 40s and 50s think that life is complete with what they are doing at the professional end or inside the house. Now, I feel happy to see that many women of our underprivileged society now see me as an inspiration to follow their dreams,” she said as she signed off.

However, the contest is open to all Indian married women across the world in the age group of 23-55 years.